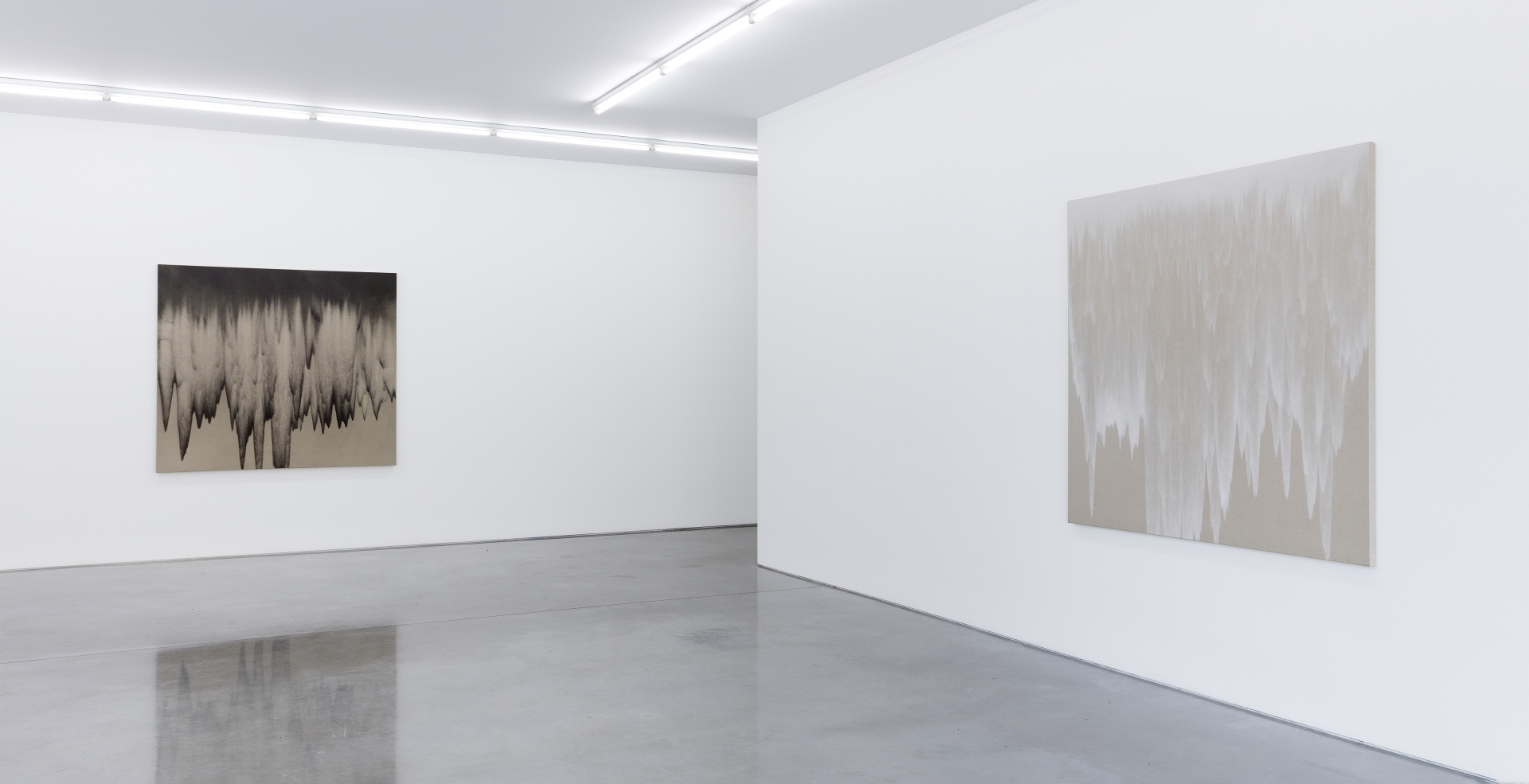 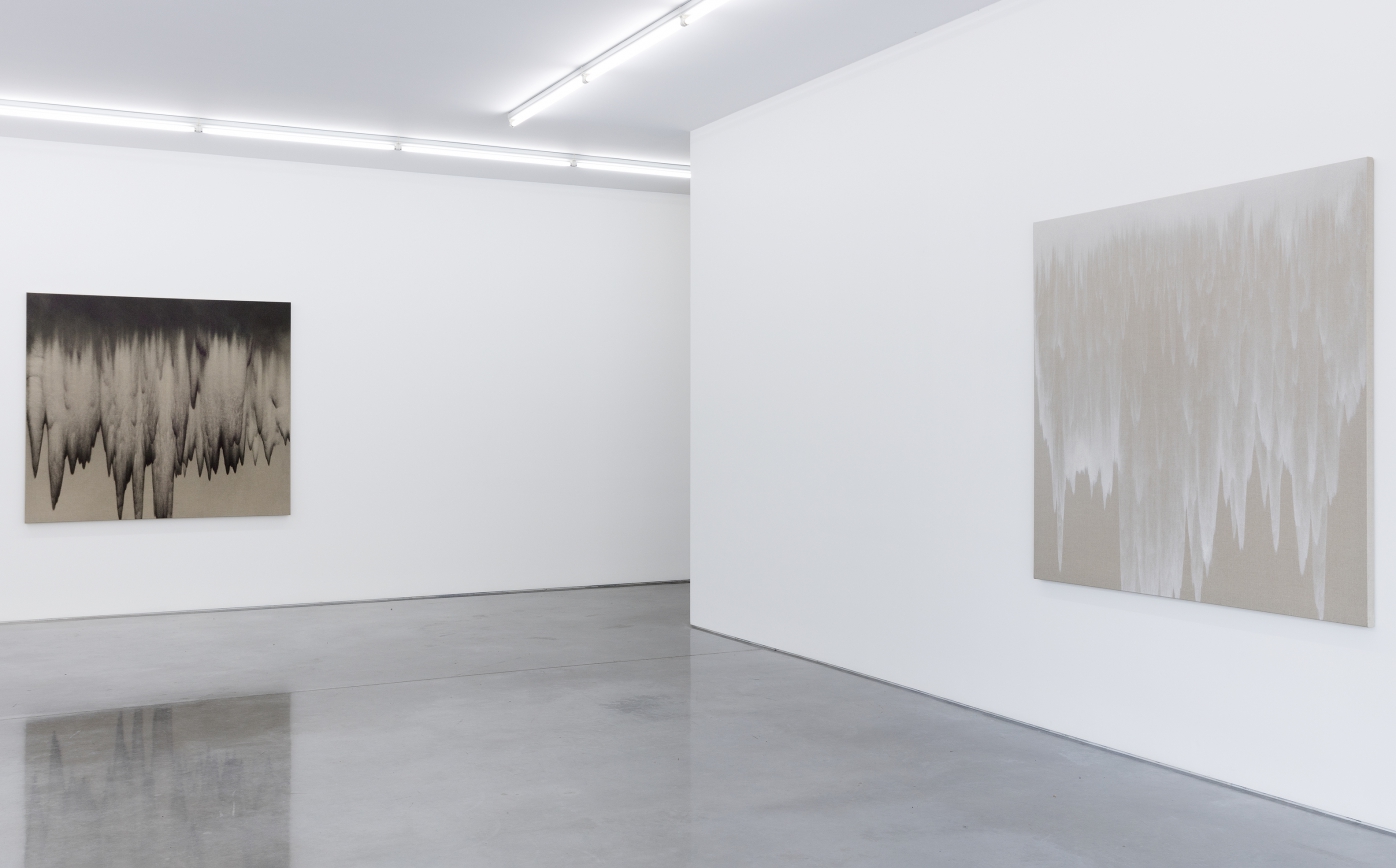 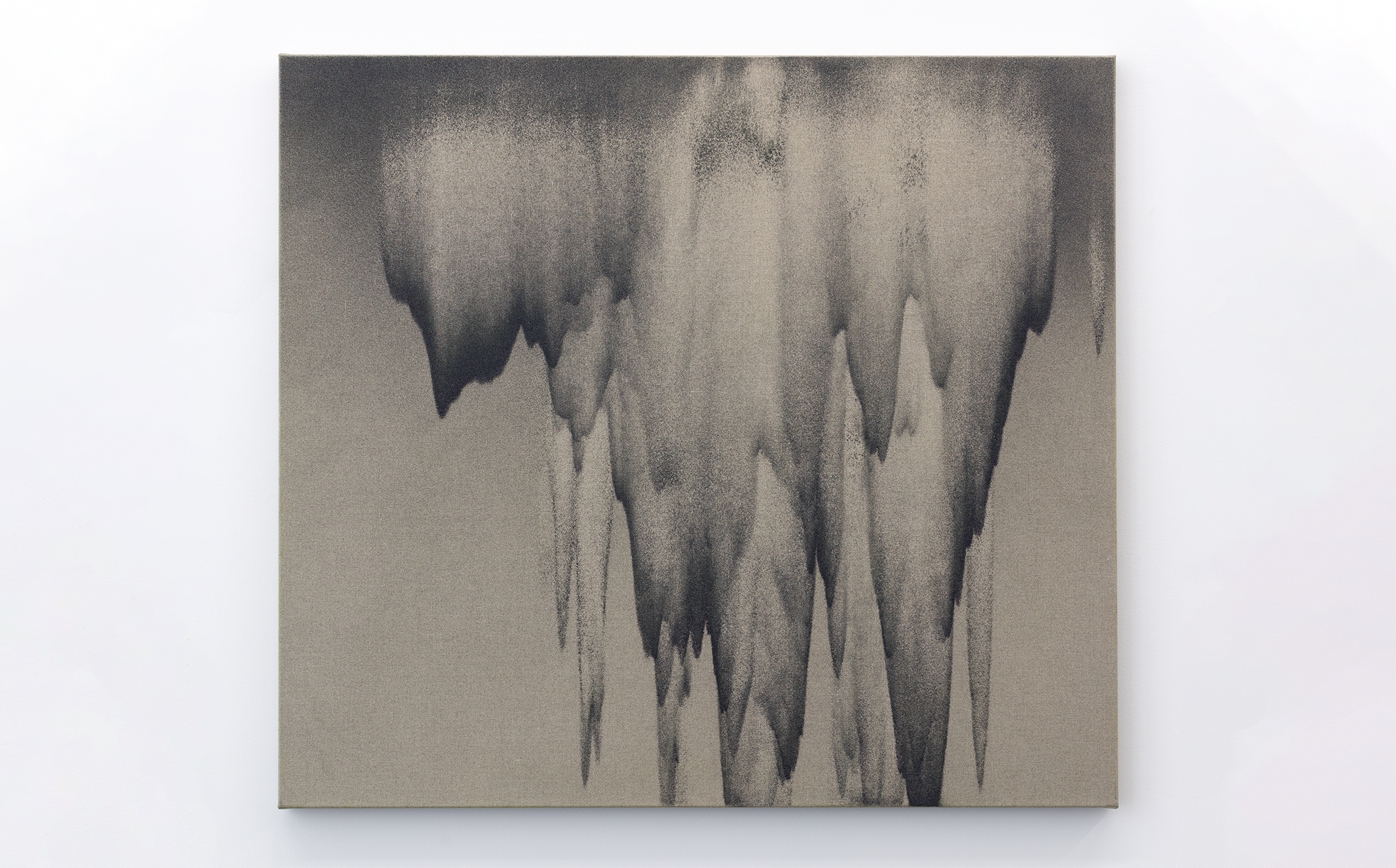 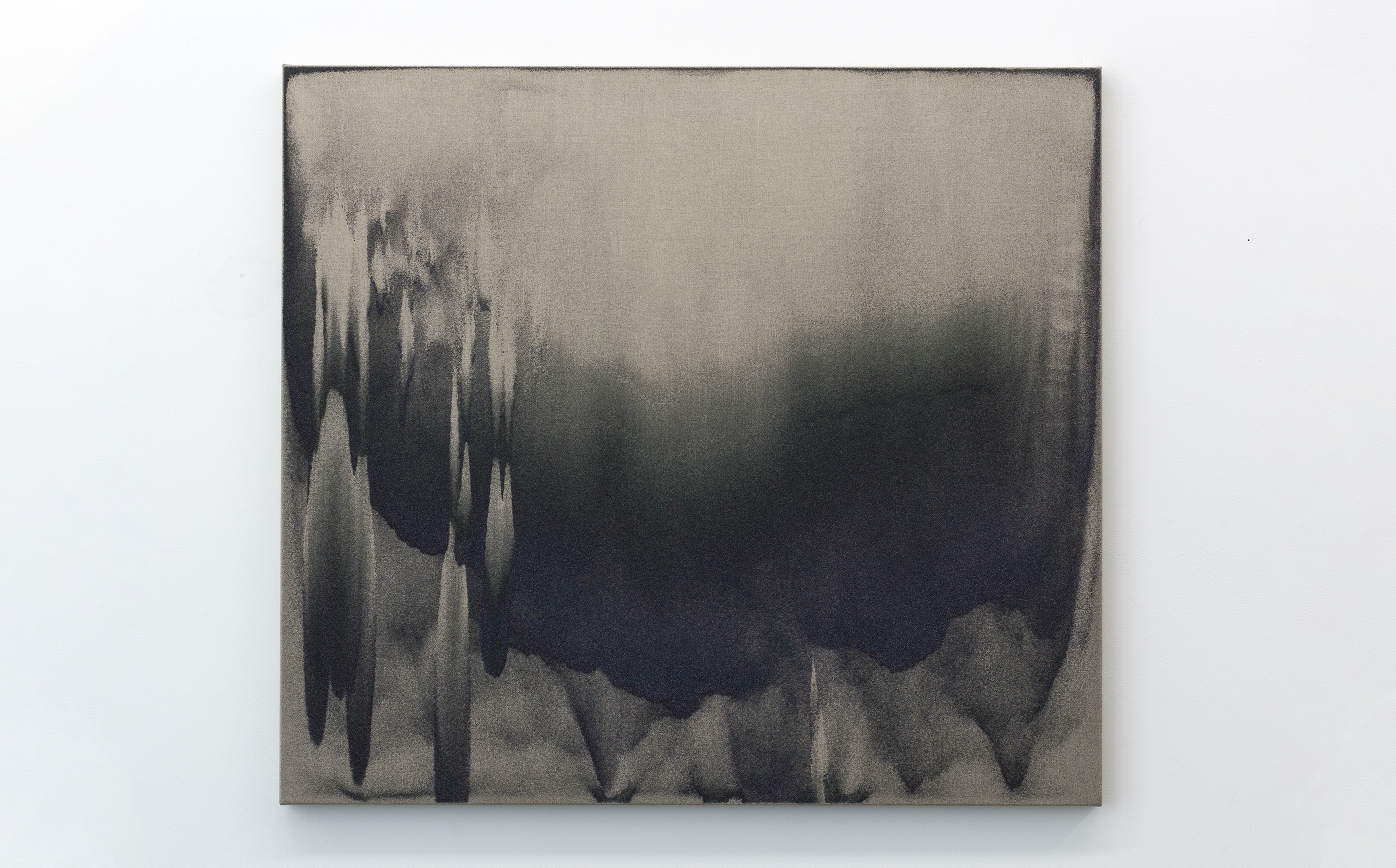 SEE Oliver Wagner’s recent second solo exhibition Still, shown at 2020 at Sarah Cottier Gallery in Sydney. In this captivating exhibition Wagner continued his unique technical approach to painting, pulverising house paint into dust which is then applied as ephemeral installations and abstract compositions on linen.  For Still Wagner focused his enquiry on particular colour arrangements and perceptual effects. While initially appearing as grey compositions, on close inspection the uniform grey is actually a prismatic array of dust along the surface of the artworks. These ‘grey’ artworks use up to 12 hues including magenta, purple, cyan, ultramarine, teal, green, yellow, orange, white and black. They are a challenge to our perception, what we see is actually an illusion, Wagner has not mixed paint to create a flat colour but rather, with these artworks, the viewer’s brain translates the complexity of these colours as grey. Alongside the grey compositions in Still are a series of white dust paintings and a single overtly colourful painting, these act as opposites of sorts, between which the grey compositions sit. The white monochromes are mostly comprised of pure white paint-dust, from certain angles, the compositions disappear altogether. This fascinating tension between presence and absence is achieved through careful variation of paint-dust on the surface, causing certain areas of the picture plane to appear merely stained, while others are built-up considerably. Ending Still is a single colourful gestural painting. The colours here provide an index to the hues found throughout polychromatic grey paintings. 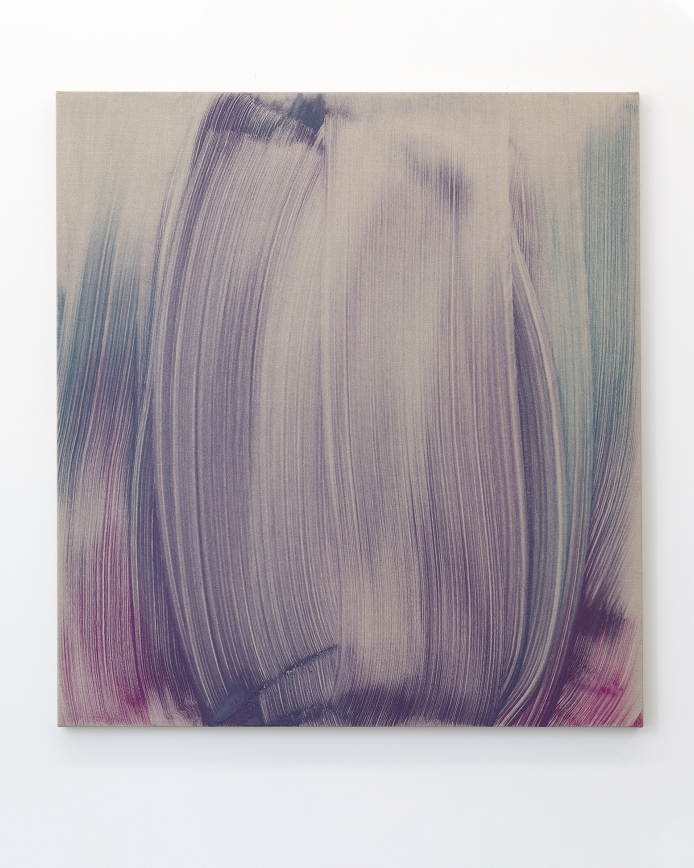 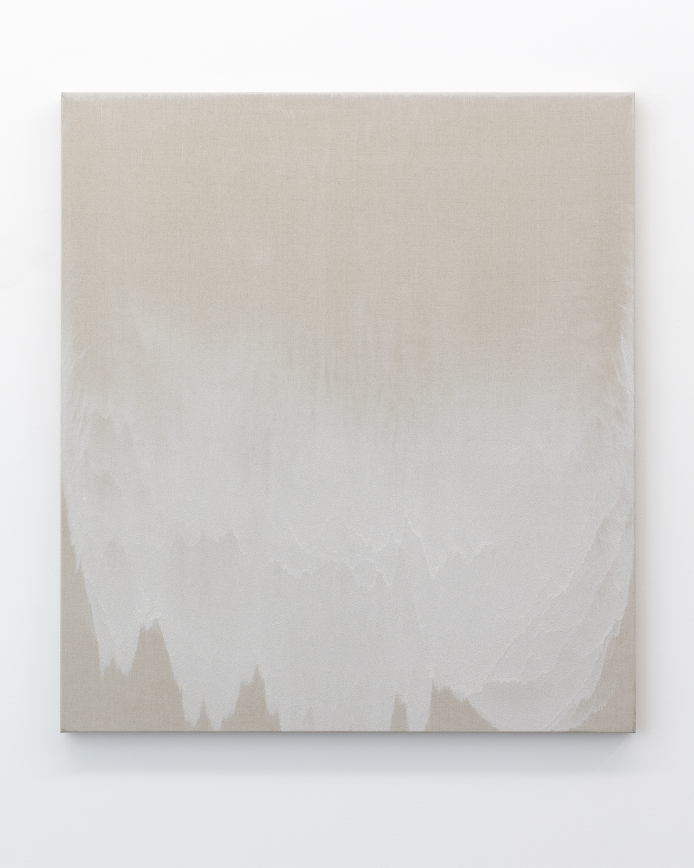 Oliver Wagner was born in Zurich, Switzerland in 1969. In 2012, he relocated to Sydney, Australia, where he currently lives and works. Wagner completed a Bachelor of Fine Arts with Honours at The National Art School in Sydney, and subsequently a Master of Fine Arts at the same institution in 2017. His work has been exhibited in local and international group shows in Sydney, New York, and Paris. 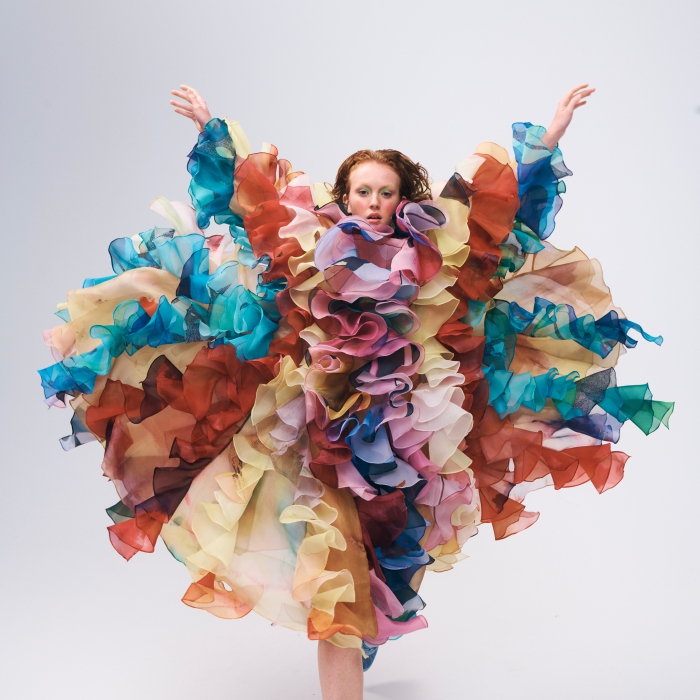 Romance Was Born has a history of interesting and innovative collaborations with Australian artists and designers.

The colours of Paola Lenti’s handmade bags pop with joy under the Coelux ‘sun’ in our Sydney showroom. Art director 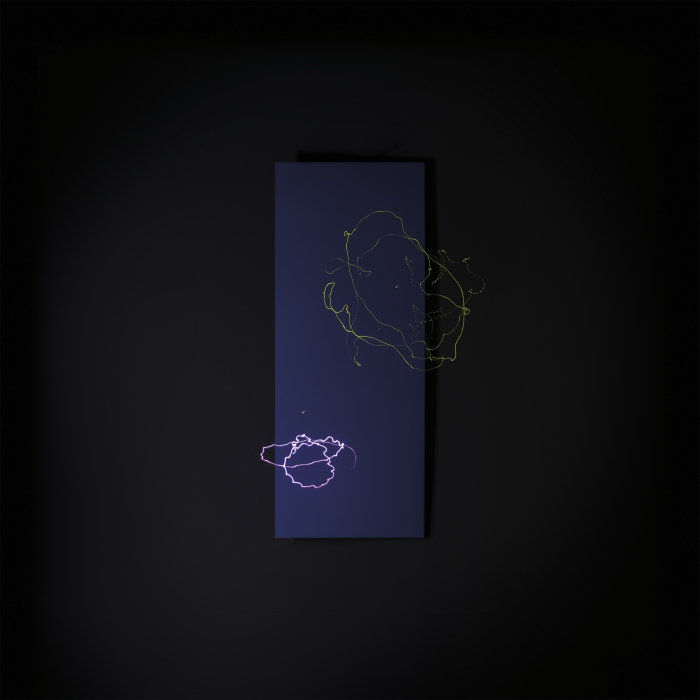