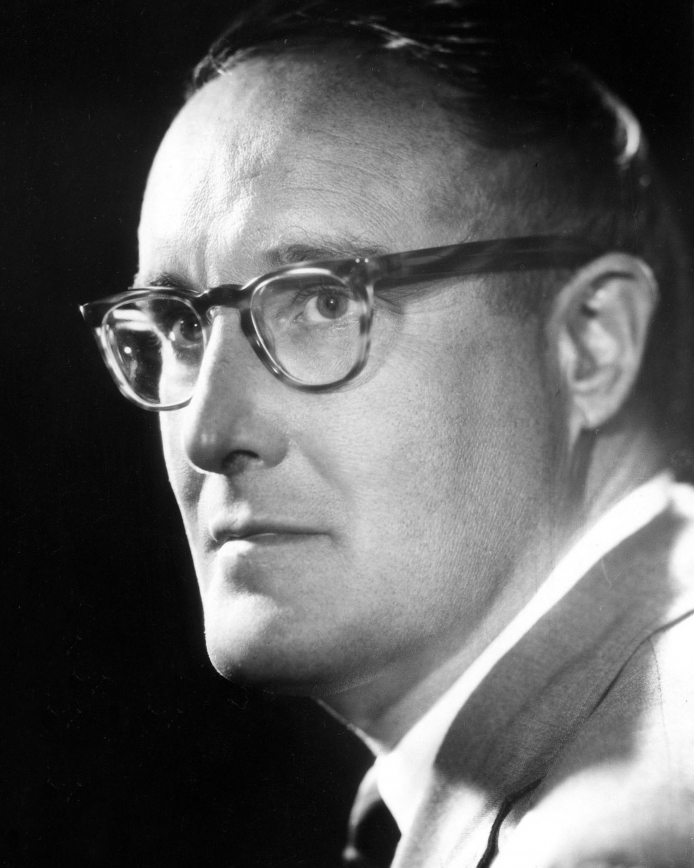 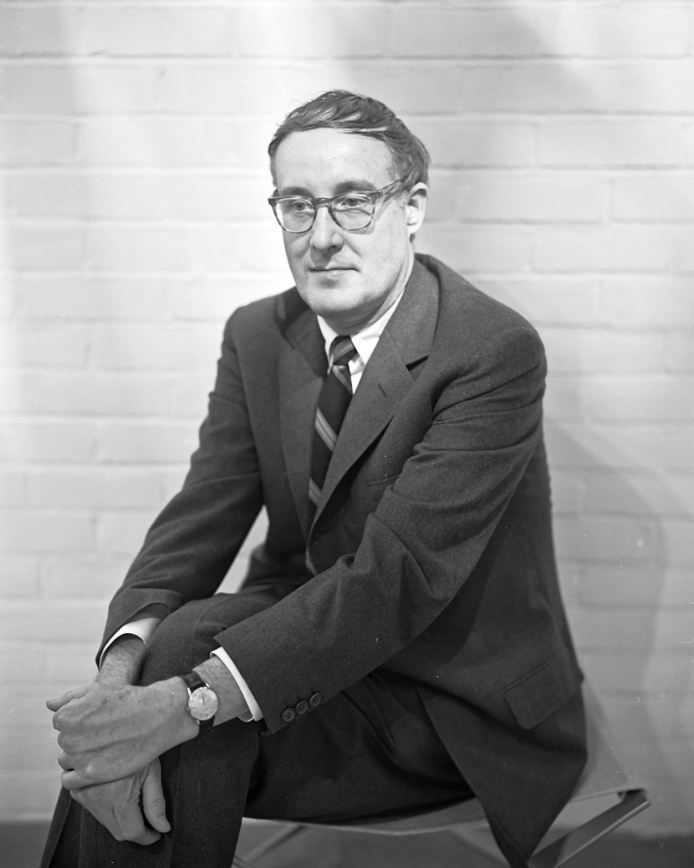 Architect and designer Warren Platner (1919-2006) was born in Baltimore and graduated from the Cornell University School of Architecture in 1941. He got his professional start working in some of the most prominent and interesting architecture practices in the country including Raymond Loewy, I.M. Pei and Eero Saarinen. It was after this extensive exposure to many innovative modern designers of the period, and having gathered a great deal of experience, that Platner opened his own office, Platner Associates, in Connecticut in 1967.

In the 1960s Platner developed what is known as the Knoll Platner Collection, his major furniture contribution to the mid-century landscape. For this series of chairs, ottomans and tables, Platner designed both the structure and the production method. Production was complicated because the sculptural bases were made of hundreds of rods and required more than 1,000 welds for some chairs. An intricate cylindrical mesh steel base, creating a unique architectural play between the interior and exterior space, supported the upholstered seat. Compared, by the Knoll catalogue, to a sheaf of wheat, their shiny nickel finish alluded more to the technological innovations used to create their elegant, distinctly modern appearance. In creating these pieces he wrote that, 'as a designer, I felt there was room for the kind of decorative, gentle, graceful kind of design that appeared in period style like Louis XV.' He also outlined the definition of a classic as being, 'something that every time you look at it, you accept it as it is and you see no way of improving it,' a quality that has often been applied to this series of furniture. 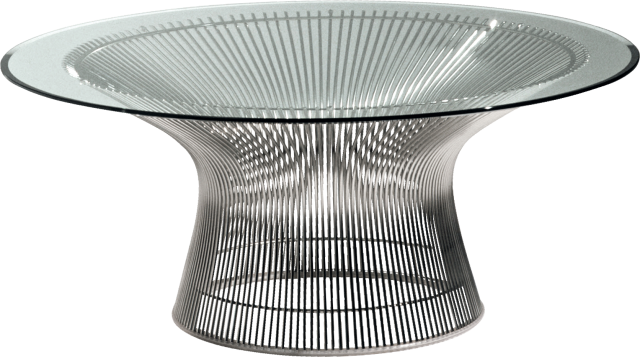 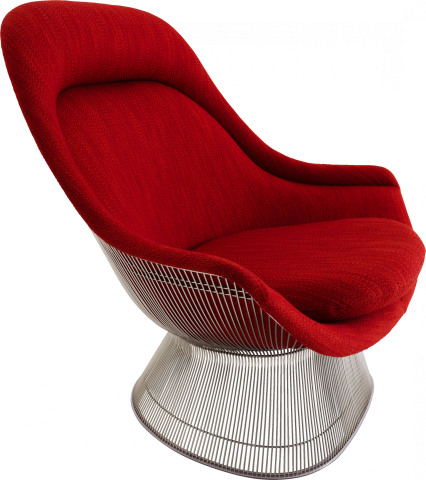 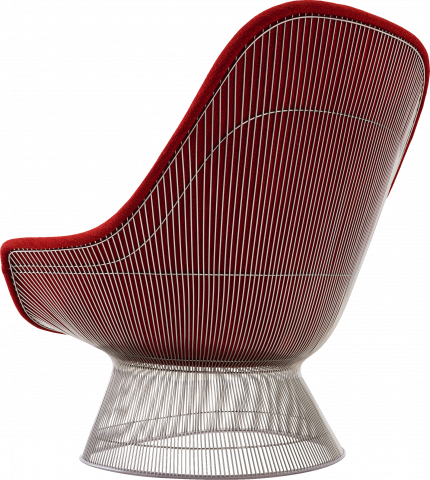 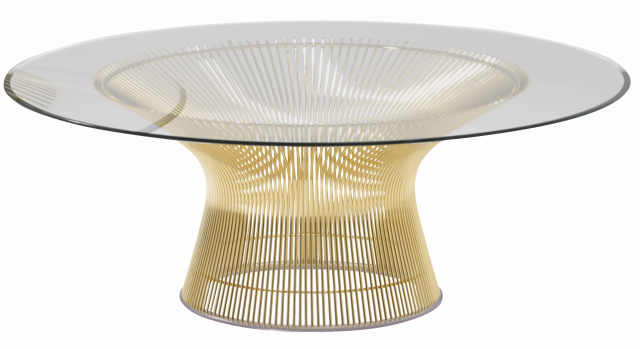 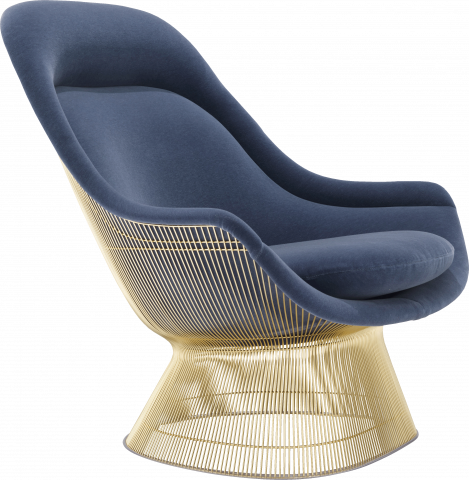 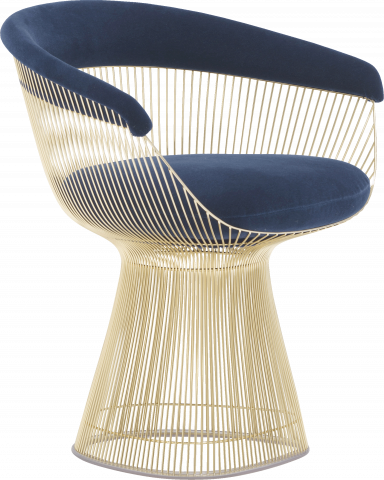 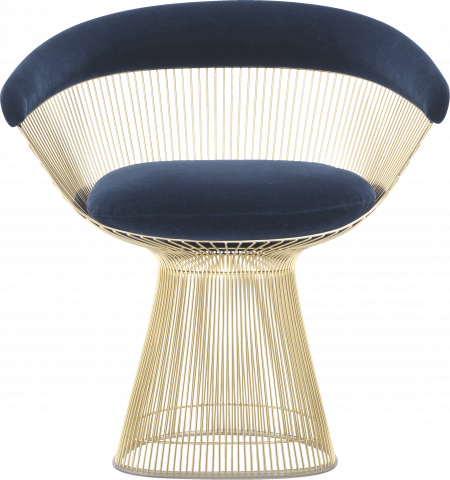 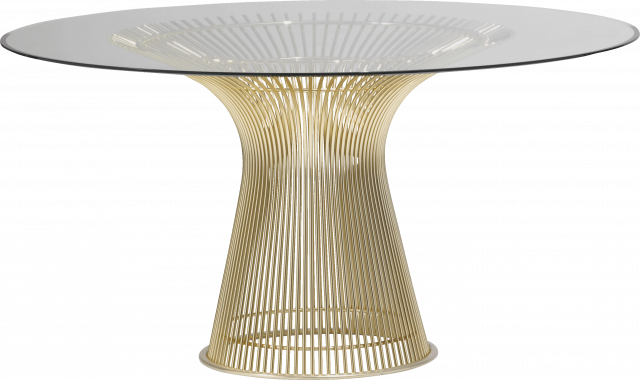 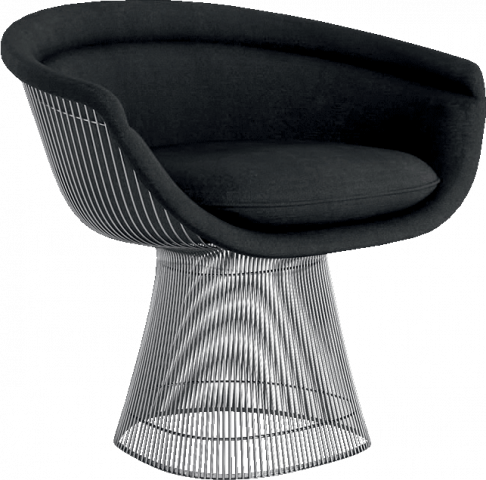 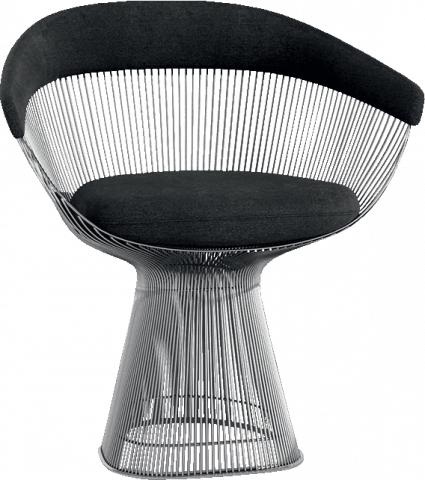 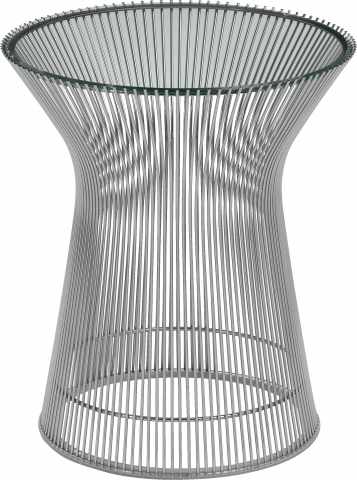 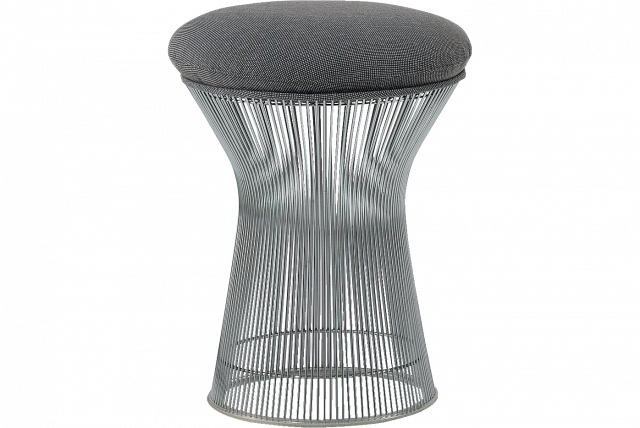 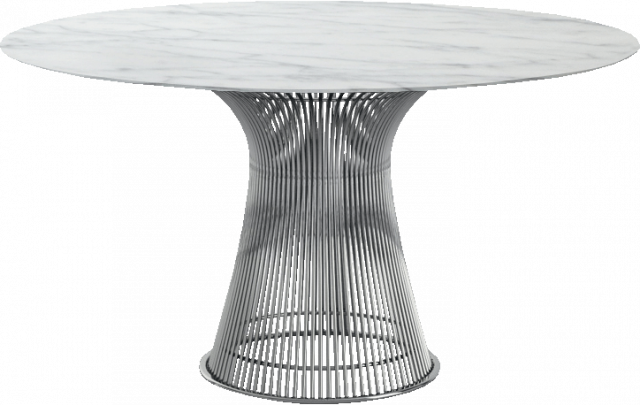